It is a great pleasure to present the laudation on the occasion of awarding the GOR Scientific Award to Mike Jünger.

The GOR Scientific Award is given to a scientist for his outstanding contributions to the development of Operations Research and as a recognition of his lifetime work.

To give the 2009 award to Mike Jünger was decided unanimously and with great appreciation by the award committee consisting of Wolfgang Domschke, Richard Hartl, Leena Suhl, Brigitte Werners, and myself. The committee identified three major achievements for this decision. 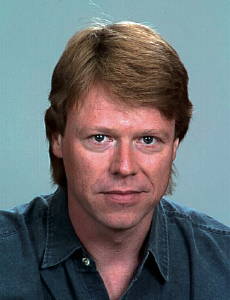 Before providing more details on these achievements, let me introduce Mike Jünger. He was born in Cologne in 1954, is married and has 2 children. He studied computer science and operations research in Bonn and Stanford, where he also followed classes of George Dantzig, the father of the Simplex Algorithm. After his return to Germany in 1980, he became a PhD student of Martin Grötschel and went with him from Bonn to Augsburg, where he finished his PhD on the Acyclic Subdigraph Problem. This milestone in polyhedral combinatorics gave him immediate international recognition with research visits to Waterloo, M.I.T., Cornell, and many other prominent places in the area of combinatorial optimization. In 1990, he accepted a chair for »Mathematical Methods of Operations Research« at the University of Paderborn and soon after moved to a chair for »Computer Science« at the University of Cologne.

Let me now come back to the three major contributions the Jury has identified. As a scientist, Mike Jünger has had a profound and lasting influence on the development of our field and its interaction with other branches of science.

Another example of his scientific achievements is the introduction of OR techniques into physics. His work on the max cut problem and its applications to the analysis of ground-states of Ising spin-glasses has opened and enabled new research directions in theoretical physics.

A third example demonstrates the influence of OR on the area of graph drawing, a subfield of computer science. In his work with Petra Mutzel he has shown that superior layout methods can only be obtained by an adequate use of integer linear programming models and techniques.

Let me now come to his achievements for the organization of our field.

On the national level, he has been a member of the GOR board, has co-organized the 1993 OR meeting in Cologne, and actively participated in six other GMÖOR and GOR meetings as section chair or PC member.

He has also been a driving force in setting up the very successful series of Aussois Workshops on Combinatorial Optimization. There have been 11 so far, and they combine all the advantages of the high level workshops at Oberwolfach or Dagstuhl, and are even starting to surpass them.

Finally, Mike Jünger also cares very much about the historical development of the area of Combinatorial Optimization and its documentation. Two of the Aussois conferences have been related to important historical developments, the roots of combinatorial optimization with the work of Jack Edmonds, and the celebration of 50 years of Integer Programming last year. Both events have led to excellent monographs about the roots of our area.

Needless to say, that all these activities come with more than 100 publications, 11 edited monographs and special journal issues, a large research group in Cologne and numerous master and PhD students. Two of them have already obtained professor positions in Germany, two others are just in the process to enter or find their first position.

In summary, Mike Jünger is a marvelous person, a first class scientist and teacher, a discrete, but strong, efficient and reliable leader and organizer, actively supporting the people and institutions that are crucial for our work and our area, and therefore esteemed and respected by colleagues and students, and friends all over the world.

Dear Mike, congratulations and all the best for the future!